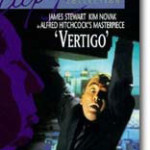 Although it wasn’t a box-office success when originally released in 1958, Vertigo has since taken its deserved place as Alfred Hitchcock’s greatest, most spellbinding, most deeply personal achievement. In fact, it consistently ranks among the top 10 movies ever made in the once-a-decade Sight & Sound international critics poll, placing at number 4 in the […]

Joel Barish (Jim Carrey) and Clementine Kruczynski (Kate Winslet) strike up a relationship on a Long Island Rail Road train from Montauk, New York. They are drawn to each other on account of their radically different personalities; he is withdrawn and she is outgoing. Much of the film takes place in Joel’s mind. As his […] 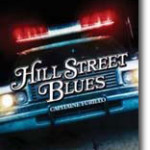 Created by Steven Bochco and one of television’s most influential series, Hill Street Blues was not your father’s cop show. The Emmy-winning pilot episode, “Hill Street Station,” immediately established the series as less a police procedural than an up-close and personal interface with the police experience. To establish gritty, documentary-like realism, the show featured sequences, […]

Narcissistic personality disorder is a condition in which people have an excessive sense of self-importance, an extreme preoccupation with themselves, and lack of empathy for others. Narcissistic Personality Disorder is characterized by a long-standing pattern of grandiosity (either in fantasy or actual behavior), an overwhelming need for admiration, and a lack of empathy toward others. People with […]