Based on Augusten Burroughs’ memoir of the same name, the film is a semi-autobiographical account of Burroughs’ childhood. His mother, Deidre (Annette Bening), who wishes to become a famous poet, suffers from severe mood swings and erratic behavior. And Augusten’s alcoholic father Norman (Alec Baldwin) proves to be no help. By the time he is […]

Colin Sullivan (Matt Damon) is introduced to organized crime by Irish-American mobster Frank Costello (Jack Nicholson) in the Irish neighborhood of South Boston. Costello trains him to become a mole inside the Massachusetts State Police. Sullivan is accepted into the Special Investigations Unit, which focuses on organized crime. Before he graduates from the police academy, […]

In the 1997 general election, Tony Blair (Michael Sheen) becomes Britain’s prime minister. However, the Queen (Helen Mirren) is slightly wary of Blair and his pledge to modernize Britain, but he promises to respect the Royal Family. Three months later, Diana, Princess of Wales died in a car crash at the Alma Bridge tunnel in […] 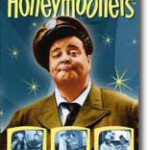 As The Honeymooners continues to get bumped from late-night TV schedules across the nation–by laughably unfunny shows such as Friends and Murphy Brown no less–legions of Honeymoonies will need to get their fix in other ways. This set–the Honeymoonie’s Holy Grail–contains all 39 episodes from the legendary 1955-1956 season.There’s no commentary from some “expert” who […]