Lars Lindstrom (Ryan Gosling) lives in the converted garage behind the house he and his brother Gus (Paul Schneider) inherited from their late father. Karin (Emily Mortimer), Lars’s pregnant sister-in-law’s persistent attempts to lure him into the house for a family meal are usually rebuffed, and on the rare occasions he accepts, their conversation is […] 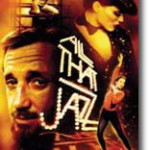 Choreographer-turned-director Bob Fosse turns the camera on himself in this nervy, sometimes unnerving 1979 feature, a nakedly autobiographical piece that veers from gritty drama to razzle-dazzle musical, allegory to satire. It’s an indication of his bravura, and possibly his self-absorption, that Fosse (who also cowrote the script) literally opens alter ego Joe Gideon’s heart in […]

The West Wing ventured where no other TV series had gone before: an extraordinarily intimate look at an American President and the inner workings of the White House. Experience all the crises, triumphs, lofty idealism and hard realities of the acclaimed series in this complete seven-season DVD set. Here, on 45 discs, are all 154 […]

Michael Clayton (George Clooney) is a fixer from a prestigious New York City law firm, using his connections and his knowledge of legal loopholes for his clients’ benefit. After leaving an underground poker game and dealing with a wealthy client’s (Denis O’Hare) hit and run, Michael drives aimlessly and stops at a remote field. When […]