In her senior year as a Southern California college student, girlish sorority president Elle Woods (Reese Witherspoon) majors in fashion merchandising and is hopelessly in love with her boyfriend, Warner Huntington III (Matthew Davis), who will attend Harvard Law School the following year. She excitedly expects him to ask her to marry him, but he […] 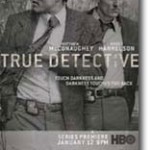 HBO premieres a new drama series, True Detective, this season focusing on Martin Hart (Woody Harrelson) and “Rust” Cohle (Matthew McConaughey), two detectives and former partners who worked in Louisiana’s Criminal Investigation Division in the mid-1990s.In 2012, for reasons not immediately revealed, the two are interviewed separately by investigators about their most notorious case: the […] 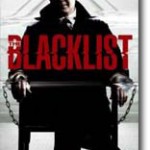 Former government agent Raymond “Red” Reddington (James Spader) has eluded capture for decades. But he suddenly surrenders to the FBI with an offer to help catch a terrorist under the condition that he speaks only to Elizabeth “Liz” Keen (Megan Boone), a young FBI profiler who’s just barely out of Quantico.Spader makes this show great […] 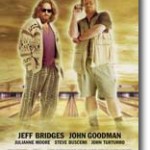 When “The Dude” Lebowski (Jeff Bridges) is mistaken for a millionaire Lebowski, two thugs urinate on his rug to coerce him into paying a debt he knows nothing about. While attempting to gain recompense for the ruined rug from his wealthy counterpart, he accepts a one-time job with high pay-off. He enlists the help of […]