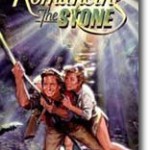 Director Robert Zemeckis had a hit with this romantic comedy that first teamed Michael Douglas, Kathleen Turner, and Danny DeVito. Turner steals the show from the guys, however, playing a pushy romance novelist who gets stuck among some dangerous figures in Colombia and has only a rumpled guide (Michael Douglas) as an ally. The chemistry […]

Born in Seattle, Washington, Frances Farmer (Jessica Lange) was a rebel from a young age, winning a high school award by writing an essay called “God Dies” in 1931. Later that decade, she became controversial again when she won an all-expenses-paid trip to the USSR in 1935. Determined to become an actress, Frances was equally […] 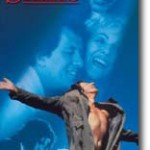 Based on the true story of Australian pianist David Helfgott, this delightful movie charts the traumatic early years through adulthood. Telling the story in flashback we see David as a child prodigy (Alex Rafalowicz) and as he grows up (Noah Taylor) while his patriarchal father abuses him and his siblings with the memory of his […]

When rock star Johnny Boz (Bill Cable) is viciously stabbed to death with an ice pick during sex by a mysterious blonde woman, homicide detective Nick Curran (Michael Douglas) is sent to investigate. The only suspect is Catherine Tramell (Sharon Stone), a crime novelist who was the last person to be seen with Boz on […]