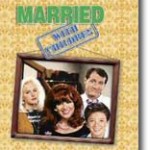 When Married… with Children debuted on Fox TV on April 5, 1987, the grungy sitcom became an instant flagship for Rupert Murdoch’s upstart network. Married… with Children was meant ro be a trashier, raunchier, and far more cynical view of the American nuclear family. But it turned out the series actually fell into other caustic-domestic entertainment […] 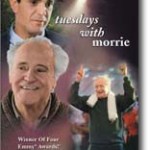 Based on a true-life story, Tuesdays With Morrie is a loving memoir to a man whose lessons on life have much to teach us about ourselves. Jack Lemmon delivers an outstanding performance as Morrie Schwartz, the Brandeis University professor upon whom the best-selling book is based. Hank Azaria plays Mitch, an accomplished journalist so driven […]

ESPN 30 for 30 O.J.:Made in America is a very different show from FX’s American Crime Story which just played a short while ago. That was a very well done step by step rendition of his trial for the murder of his ex-wife, Nicole Brown Simpson. This, by contrast, is a documentary about every facet […]

In this book, Steven F. Walker considers the midlife transition from a Jungian and Eriksonian perspective, by providing vivid and powerful literary and cinematic examples that illustrate the psychological theories in a clear and entertaining way. For C.G. Jung, midlife is a time for personal transformation, when the values of youth are replaced by a […]