Ben Sanderson (Nicolas Cage) is a Hollywood screenwriter whose alcoholism costs him his job, family, and friends. With nothing left, he goes to Las Vegas to drink himself to death. As he drives drunkenly down the Las Vegas Strip, he almost hits a woman in the crosswalk, Sera (Elizabeth Shue), who chastises him. Ben checks […]

The true-life story of Paul Rusesabagina (Don Cheadle), a hotel manager who housed over a thousand Tutsi refugees during their struggle against the Hutu militia in Rwanda. As tensions between the Hutu and Tutsi peoples lead to a war in Rwanda, there is rampant corruption and bribes of the politicians are routine. Rusesabagina is Hutu, […] 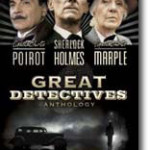 Theres a murderer on the moors. Terror on the train. Villains in the village! Only the worlds greatest deductive minds can save the day. Fortunately, Arthur Conan Doyles Sherlock Holmes and Agatha Christies Hercule Poirot and Miss Jane Marple are together, for the first time ever, to confront their most confounding cases in the Great […]