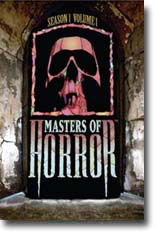 One of the questions about Cinema Therapy is whether there is any therapeutic value in violence. The Urban Dictionary defines gratuitous violence as violence for the sake of being violent, usually associated with low budget movies and cult videogames. It is also often without need, and often unrealistic.

It seems that almost any genre of film can have extreme violence, from action to thriller, the only excetion being a family film. Two therapy studies from Virginia Tech found that prolonged exposure to gratuitous violence in the media can escalate subsequent hostile behaviors and, among some viewers, foster greater acceptance of violence as a means of conflict resolution.

Both studies were conducted by James B. Weaver III, head of the Department of Communication at Virginia Tech, and Dolf Zillmann of the University of Alabama. In one study, the researchers wanted to see if frequent, consistent exposure to violence in films would bring out in people a greater support of violent solutions to social problems. The researchers set up an investigation in which 53 male and 40 female college students with various behavior types (empathetic, Type A, etc.) participated for extra credit in a class.

They first took tests to determine their primary personality traits. Then they were told they would view five films, one each evening, to evaluate the films’ viability in the video market. They were exposed to nonviolent or gratuitously violent films over four consecutive days and rated those films. The films included innocuous movies, such as Driving Miss Daisy and Little Man Tate, in which conflicts are resolved without bodily harm, and violent films, such as Universal Soldier and Excessive Force, representing the new cinematic genre of superviolent movies that are laden with maimings and killings and often have a hero who uses such violence.

The two studies were published in the Journal of Applied Social Psychology and the Journal Personality and Individual Differences, respectively. Overall, Weaver says, both studies indicate a need to take personality traits into consideration when studying the effects of violent films on the subsequent behavior of individuals.

Two mainstream movies in the past few months that have been particularly violent are Django Unchained and Olympus Has Fallen. A number of movies goers have comments that Olympus Has Fallen made them feel ill, while others have felt that the movie was realistic. It seems that sometimes movie going can be a test of how much violence a person can withstand. But it terms of psychology, the question becomes whether or not this violence can cause psychological harm in some people beyond the occasional nightmare.

In terms of Cinema Therapy, the question become whether or not violence affects the therapeutic value of a film. The answer to this question is complex. For one thing, there are many factors that go into the affect any film will have on the viewer. First and foremost is the psychological condition of the viewer.

Even the most grounded person is probably prone to having a nightmare after watching a violent horror movie just prior to falling asleep primarily because the conscious mind does not have time to process the events of the film prior to falling asleep. Another factor that affects every viewer is the extent of previous traumatic experiences. At first blush, it would seem that people with a history of any type of violence would want to avoid violence in film. However, this is not always the case and it is something that should be discussed with their therapist.

Sometimes the biggest therapeutic value in Cinema Therapy is the cathartic effect someone experiences after watching an intense character in a film and then sharing that experience with a therapist. Because violence has become so prevalent in films, violence is often a part of that phenomenon and its impact is a significant part of therapy.

Click here to order Masters of Horror at Amazon