The Color Purple takes place in the Southern United States during the early 1900s to late 1940s, the movie tells the life of a poor African American woman named Celie Harris (Whoopi Goldberg) whose abuse begins when she is young. By the time she is 14, she has already had two children by her father […] 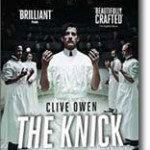 As upscale care in New York shifts from urban locales in the early 1900s, Knickerbocker Hospital remains in the city to serve a mostly poor, immigrant population. Undeterred by high mortality from sepsis in a pre-antibiotics era, chief surgeon John Thackery (Clive Owen) pushes medicine’s boundaries, pioneering procedures despite his painful past and severe cocaine […]

Gary Solomon’s Reel Therapy: How Movies can Help You Overcome Life’s Problems is a great follow up to his The Motion Picture Prescription. The new book is longer, and has a helpful introduction based on answering the common questions Solomon was asked as he promoted the first book. Reading Reel Therapy reminds us that understanding […]