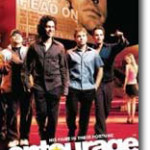 In this sitcom, the suddenly risen film star Vince Chase (Adrian Grenier), a ‘jeune premier’ of humble origins, learns the ropes of the business and the the high-profile world of the wealthy happy few in and around Hollywood, but not alone: he brings from his native New York his atypical ‘entourage (hence the title), not […]

Ben Sanderson (Nicolas Cage) is a Hollywood screenwriter whose alcoholism costs him his job, family, and friends. With nothing left, he goes to Las Vegas to drink himself to death. As he drives drunkenly down the Las Vegas Strip, he almost hits a woman in the crosswalk, Sera (Elizabeth Shue), who chastises him. Ben checks […] 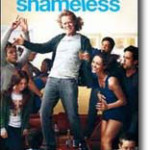 Meet Frank Gallagher (William H. Macy): proud, working-class patriarch to a motley brood of six smart, spirited and independent kids who, without him, would be better off. In Frank’s booze-addled view, parenting just eats into his hard-earned bar-crawling and carousing time around Chicago so he leaves it to eldest daughter Fiona (Emmy Rossum) to hold […]