Tom Ripley (Matt Damon) is a young man trying to make a living in 1950s New York City using his only talents; forgery, lying, and impersonation. While working at a party, he is approached by the wealthy shipbuilder Herbert Greenleaf (James Rebhorn), who believes Ripley went to Princeton with his son, Dickie (Jude Law). Greenleaf […] 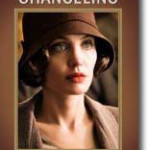 Clint Eastwood’s mastery as a director is demonstrated in Changeling, a film based on a shocking but all-too-true story about child abduction and police corruption in 1920s Los Angeles. Single mother Christine Collins (Angelina Jolie) finds her 9-year-old son, Walter, missing when she returns home from work one day. She files a report with the […] 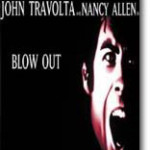 Brian De Palma’s thriller is something of a homage to Michelangelo Antonioni’s masterful Blowup, though there are hints of Francis Ford Coppola’s paranoia-inducing Conversation sprinkled throughout. John Travolta plays a sound-effects man who witnesses what appears to be a tragic car accident killing a presidential candidate. The audio tape he happened to be recording at […]