Madison Avenue advertising man Roger Thornhill (James Stewart) finds himself thrust into the world of spies when he is mistaken for a man by the name of George Kaplan. Foreign spy Philip Vandamm (James Mason) and his henchman Leonard (Martin Landau) try to eliminate him but when Thornhill tries to make sense of the case, […]

First introduced in Chicago Fire as a dirty cop bent on destroying Lt. Matthew Casey’s (Jesse Spencer) life, Sgt. Hank Voight (Jason Beghe) is back at District 21. For reasons unclear to even their chief, Voight has made arrangements with mysterious high-powered persons, releasing him from prison in order to head an Intelligence Unit that […] 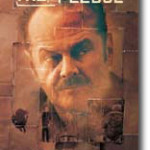 Jack Nicholson is detective Jerry Black, a respected and well-liked veteran of the Reno police force retiring to a life of angling with more than a little apprehension. Thus he jumps into a murder case, the slaying of a little girl, a mere six hours from retirement and makes a promise to the grieving mother […]

Tom Ripley (Matt Damon) is a young man trying to make a living in 1950s New York City using his only talents; forgery, lying, and impersonation. While working at a party, he is approached by the wealthy shipbuilder Herbert Greenleaf (James Rebhorn), who believes Ripley went to Princeton with his son, Dickie (Jude Law). Greenleaf […]