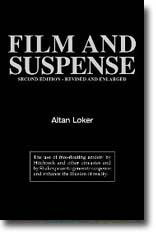 An important fact about films and stage plays is that the creation, and the creators, of the most successful of them are shrouded in mystery. This is true especially about Shakespeare, Hitchcock and other top filmmakers of Hollywood in general. This book unveils the secret of the success of the masters of drama.

The general opinion about audience reaction is that it is directly caused by the events of the story, especially by what the story characters do and are. This is a gross mistake, because the story events are only indirectly responsible for the audience reaction. What really moves the spectator is his/her own story, which develops as the screen or stage story unfolds and which is made up of his/her wishes and fears related to the story events, his satisfactions and dissatisfactions caused by them, and his resulting responsibility for their outcomes, most of which remain unconscious. This book explains in detail and exemplifies how these audience reactions are produced. A few important points are clarified below.

A “good film” is the one that gives to the spectator the impression of witnessing real events. Certain story events provide real pleasure to the spectator independently from the activities of the story characters and make him/her wish those events to be real, such as the undressing of a beautiful woman, for example. This process of wishing and enjoying the result and wishing it to be real, which belongs to the spectator’s own story, is the most solid basis of the illusion of reality but cannot satisfy all of his/her needs and therefore has a narrow field of usefulness.

For example, struggling and succeeding is a very important need, but such a story event can look real to the spectator and can satisfy him/her only if he/she sees the obstacles to overcome, such as the enemies, for example, as a real and dangerous. But if the spectator sees the story events as real happenings when he/she derives pleasure from them and wishes them to be real, how can he/she be! made to see the enemies as real and dangerous?

More generally, how can he/she be made to see as real the events that prevent his/her full satisfaction even when he/she derives some pleasure from what he/she sees, since he/she does not wish those obstacles to exist? Only children are satisfied by beating imaginary Indians who do not scare them. In other words, it is relatively easy to please the spectator but difficult to make him experience fear, as any professional or amateur filmmaker knows well.

Story telling consists of pleasing and scaring the audience, because the only method of making anyone do anything, including making someone watch a film, is the method of reward and punishment. The spectator can be rewarded by showing him/her what he/she likes to see and wishes to be real and therefore sees as real. But how he/she can be punished or made to fear real punishment, since he/she is inclined to see as real what gives him/her pleasure? The answer is to induce free-floating anxiety in his/her mind. This response is a consequence of the spectator’s repressed guilt caused by the morally unacceptable but unavoidable side consequences of his/her acceptable wishes.

Freud discovered the phenomenon of free-floating anxiety but never became aware of its use in drama. Free-floating anxiety attaches itself to all possible sources of danger in the story and makes them look fearful and therefore real. This phenomenon is the most important element of the spectator’s! own story but its causes are not consciously known by him/her. More generally, the spectator’s reactions can be most effectively controlled through his/her unconscious, because he/she consciously resists to being controlled.