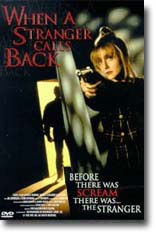 When I discuss cinema therapy in my counseling sessions, people love to discuss horror movies and being scared by them.

The fact that some people like to be scared out of their wits never ceases to baffle those of us who have to leave the theatre as the first hint of horror. But to masters of the horror genre and experts in media psychology, it makes perfect sense.

For one thing, if we have a relatively calm, uneventful lifestyle, we may tend to seek out something that’s going to be exciting for us, because our nervous system requires periodic revving much in the same way as an automobile.

Horror movies are one of the better ways to get really excited which may explain why they so popular with younger audiences. Expert in media studies have found that this excitement seeking fades with age when people become more sensitive to their own physiology. Middle-aged and older adults are not as likely to seek out experiences that make their hearts race, and often feel that real life is scary enough.

Research into fear has suggested that the more negative emotions (such as fear, worry, and anxiety) that a person reports experiencing during a horror film, the more likely he or she is to enjoy the experience and the horror genre in general. Additionally, distress and delight are positively correlated and pleasure comes from the relief that follows. It provides a cathartic effect, offering you emotional release and escape from the real world of bills and mortgages and the economy and relationships. In this manner, horror films function as a threat and a catharsis by confronting us with our fear of death and forces beyond our control.

The catharsis theory is one of several that have been discussed over the years to explain the appeal of being scared out of your wits. Freud suggested that horror was appealing because it traffics in thoughts and feelings that have long been repressed by the ego but yet seem vaguely familiar. Jung argued that horror touches on primordial images in the collective unconscious.

Scientists suspect that other motivations, in addition to catharsis, are at work. One motivation comes from the fact that horror movies, even bloody slasher flicks, generally stick to a somewhat Victorian moral code. You can bet that the teenage girl who has sex with her boyfriend will wind up dead as will the young couple who pick up a deranged hitchhiker.

Research into counseling psychology and horror has found that horror films appeal to people who like predictability and neat ends. In these movies, there is no question about who the bad guy is. Despite the high costs of life and often gory body count, the films tend to have a relatively happy ending. The general model of the horror film is that of control lost under the cover of darkness that is rediscovered in the light of day. Ultimately, danger posed by things unknown is reduced by increased knowledge and a sense of predictability.