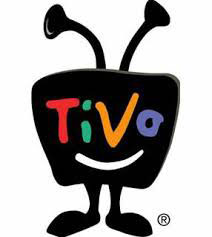 I admittedly love the Channel Master DVR (digital video recorder). It’s a great piece of equipment that is perfect for the right application. The problem is that for those who are terminating their cable or satellite service, they are probably also leaving behind a DVR. DirecTV, for example, has some nice 4 tuner DVRs. Four tuners means you can record four shows at one time. The major drawback with the Channel Master DVR is that it only has two tuners, which would be great for someone who doesn’t watch a lot of TV or an application such as a recreational vehicle like a motor home.

Enter, the TiVo. TiVo is DVR developed and marketed by TiVo Inc. and introduced in 1999. TiVo provides an on-screen guide of scheduled broadcast programming television programs, whose features include “Season Pass” schedules which record every new episode of a series, and “WishList” searches which allow the user to find and record shows that match their interests by title, actor, director, category, or keyword. TiVo also provides a range of features when the TiVo DVR is connected to a home network, including film and television show downloads, advanced search, personal photo viewing, music offerings, and online scheduling.

Recently tested the TiVo OTA (over the air) for antenna or cable. If you’re looking to cut the cord and keep the TV you have, you might also consider TiVo’s new Roamio OTA for $50. I prefer the standard Roamio because it can also be used with cable should you ever want to go back. Also, it is available with life service ($499) whereas the Roamio OTA is not. The Roamio OTA is built solely for cord-cutters. It has no slot for a CableCard. It’s meant to be used with an external HD antenna, not included, that can grab free network channels and a few others, like ABC, NBC, FOX, CBS, PBS and whatever else your local area delivers over the air.

With TiVo and an antenna you can then record network television, so that even if you’re cutting the cord, you don’t have to miss episodes of “The Voice” on your DVR. The result is an experience that feels close to having cable with the addition of streaming all in one nice interface.

As with any DVR, installing an good HD antenna is important. I recommend using a professional for this. The TiVo you can set up yourself. I had TiVos when they first came out 15 years ago. It has always been my favorite interface for navigating and recording television. TiVo can search for shows across multiple sources. If there is a downside to the TiVo it’s the fact that it has a $15 a month service cost. Again, unlike some other TiVo models, there’s no option with the Roamio OTA to pay for a lifetime subscription up front, so you’ll definitely be trading one subscription for another. Still, $15 a month is still cheaper than most cable or satellite packages, even if you include the cost of subscriptions like Netflix and Amazon Prime. Bottom line, I see TiVo as a must for cable cutters who are used to a high-end service package.