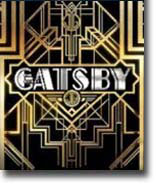 One of the finest novels of American literature gets the lavish treatment we expect from the director of Moulin Rouge! and Romeo and Juliet. Were it not for those party scenes at the millionaire’s mansion, The Great Gatsby would seem to be far down the list of possible projects for the hyper Luhrmann, but Gatsby did know how to throw a party.

The party scenes brim with flappers and champagne and fireworks, all stuff that Luhrmann knows how to pump up to maximum volume. He’s shrewdly arranged his movie around the golden-hued presence of Leonardo DiCaprio, who occupies his Jazz Age suits as though he’d waited to wear them all his life.

In some essential way, and despite what appears to be a sincere reverence for the book (in many ways the movie’s extremely faithful to the plot), Luhrmann is completely off-key in his delivery of this sad-edged saga: The quick cutting, the glossy digital backdrops, the heavy emphasis on Fitzgerald’s subtle imagery, all combine to throttle the material rather than animate it.

Some of the people on screen fare nicely, as Joel Edgerton gets the brutishness of upper-class Tom Buchanan, Elizabeth Debicki is a sly Jordan Baker, and Tobey Maguire makes sense as the observant narrator Nick Carraway. As Gatsby’s romantic ideal, the unattainable Daisy, Carey Mulligan appears misplaced, but one can hardly blame the actress for getting lost amidst the glitz.