Movie audiences seem drawn, almost compelled, toward tales of the horrific and the repulsive. Partly because horror continues to evolve radically—every time the genre is deemed dead, it seems to come up with another twist—it has been one of the most often-dissected genres. Here, author Kendall Phillips selects ten of the most popular and influential […] 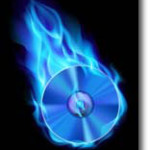 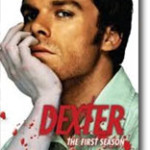 Dexter is based on the compelling novel “Darkly Dreaming Dexter” by Jeff Lindsay. Orphaned at the age of four and harboring a traumatic secret, Dexter Morgan (Dexter Morgan (Emmy- and Golden Globe- nominated actor Michael C. Hall from “Six Feet Under”) is adopted by a police officer who recognizes Dexter’s homicidal tendencies and guides his […]

A long-running live radio show is in danger of being canceled by new owners of the company that holds both radio station “WLT” and the theater where the show is broadcast. The film takes place on the night of the show’s last performance. The show has two visitors: an angel calling herself Asphodel (Virginia Madsen) […]