On October 14, 2011, Airline captain and recreational drug user Whip Whitaker (Denzel Washington) awakens in his Orlando hotel room with flight attendant Katerina Márquez (Nadine Velazquez) after a night of sex, alcohol, and very little sleep. After using cocaine to wake up, he boards SouthJet flight 227 to Atlanta. After Whip threads the plane […]

Future. Present. Past. Everything is connected. From the creators of the Matrix trilogy and the director of Run Lola Run. An exploration of how the actions of individual lives impact one another in the past, present and future, as one soul is shaped from a killer into a hero, and an act of kindness ripples […] 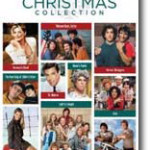 With Christmas coming soon it’s time to think about what type of unique gifts you can get for the holidays. This collections of old TV show episodes is a great choice. The yuletide season doesn’t mean less work for Dr. Kildare and Dr. Gillespie and for Jon and Ponch of CHiPs. A prized medallion is […]

Pi Patel (Suraj Sharma) grows up in a family that owns a zoo. When Pi is 16, his father decides to move the family to Winnipeg, Canada, where he intends to settle and sell the zoo animals. They book passage on a Japanese freighter with all the animals. One night there is a storm and […]