Abby Barnes (Janeane Garofalo) is a veterinarian who hosts a Los Angeles radio show called The Truth About Cats and Dogs. Her advice is sensible and as she tells radio callers, not to leave dogs home alone. Because they get depressed. Abby becomes friends with her neighbor Noelle Slusarsky (UmaThurman), a model who is sweet […] 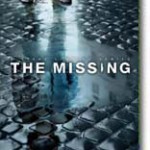 The Missing is a 2014 television mini-series developed by the BBC and Starz. The story follows Tony, played by James Nesbitt, as a man devastated by the abduction of his young son, Oliver, during a family vacation in France. He becomes a man obsessed, unable to accept that his child may be dead and spends […] 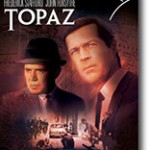 Hitchcock hadn’t made a spy thriller since the 1930s, so his 1969 adaptation of Leon Uris’s bestseller seemed like a curious choice for the director. But Hitchcock makes Uris’s story of the West’s investigation into the Soviet Union’s dealings with Cuba his own. Frederick Stafford plays a French intelligence agent who works with his American […]