The film opens with a hostage situation in South Dakota where FBI Agent Art Jeffries (Bruce Willis), who, as the inside man, protects a 11 year old kid named James while trying to talk a bank robber named Edgar Halstrom (Richard Riehle) into surrendering. However, the FBI task force kills the robbers and James. Jeffries […]

The Bridges of Madison County is based on the best-selling novel of the same name by Robert James Waller. In movie starts in present time with siblings Michael (Victor Slezak) and Carolyn (Annie Corley) Johnson arrive at the Iowa farmhouse of their recently-deceased mother, Francesca Johnson. As they go through the contents of her safe […]

The film starts in the small town of Endora, Iowa. Gilbert Grape (Johnny Depp) is busy caring for his mentally challenged brother, Arnie (Leonardo DiCaprio), as they wait for the many tourists’ trailers to pass through town during their yearly camp ritual at a nearby recreational area. His mother, Bonnie (Darlene Cates) is morbidly obese […] 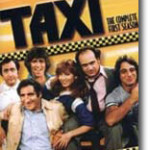 Hail, Taxi. It’s great to finally have one of the defining sitcoms of the 1970s available on DVD to take out for a spin. This character-driven humane comedy from the creators of The Mary Tyler Moore Show rolled out of the garage with a full tank of gas: a lightning-in-a-bottle ensemble, smart, witty, and compassionate […]