In April 2054, Captain John Anderton (Tom Cruise) is chief of the highly controversial Washington, D.C., PreCrime police force. They use future visions generated by three “precogs”, mutated humans with precognitive abilities, to stop murders; because of this, the city has been murder-free for six years. Though Anderton is a respected member of the force, […]

Jack Lucas (Jeff Bridges), a cynical, arrogant talk radio host, becomes suicidally despondent after his insensitive on-air comments inadvertently prompt a depressed caller to commit a mass murder at a popular Manhattan bar.Three years later, while heavily intoxicated and depressed, he attempts suicide. Before he can do so, he is mistaken for a homeless person […]

In August 1864, Dan Evans (Christian Bale), an impoverished rancher and Civil War veteran, although sitting awake and armed to prevent it, has his barn set ablaze by two men working for Glen Hollander (Lennie Loftin), to whom Evans owes money. The next morning, as Evans and his two sons drive their herd, they stumble […] 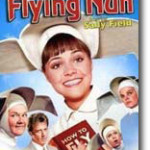 Sally Field parlayed her winsome TV personality into the unlikely hit The Flying Nun from 1967 to 1970. Field plays Sister Bertrille, a 90-pound novice nun assigned to a crumbling convent in San Juan, Puerto Rico, where the gusty winds and her order’s seagull-shaped headgear combine to give her the ability to zoom around the […]