Otis “Bad” Blake (Jeff Bridges) is a 57-year-old alcoholic singer-songwriter who was once a country music star. He now earns a modest living by singing and playing his guitar at one-night stands, in small town bars, in the southwestern United States. Having a history of failed marriages, Blake is without a family. He has a […]

Nobody has been more important in telling Americans why we should love film than Roger Ebert. –Michael Shamberg, Editor and Publisher Pulitzer Prize-winning film critic Roger Ebert presents more than 650 full-length critical movie reviews, along with interviews, essays, tributes, film festival reports, and Q and As from Questions for the Movie Answer Man Roger […] 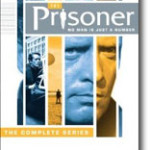 Since its CBS debut in the summer of 1968, the masterful British TV series THE PRISONER has captivated American audiences. Now A&E presents a definitive collector’s edition of the cult classic which is considered one of the most innovative TV series ever filmed. After resigning from a top-secret position, a man (McGoohan) is abducted and […]

Michael Oher (Quinton Aaron) knows little about family. Less about football. What the homeless teen knows are the streets and projects of Memphis. Well-to-do Leigh Anne Tuohy (Sandra Bullock) knows little about his world. Yet when she and Michael meet, he’s found a home. The Tuohys have found something just as life-changing: a beloved new […]