The story of Cinderella can be traced back to early Egypt, China, France, Germany and many other countries from around the world. The most well-known versions were written by Charles Perrault, Cendrillon, and by the Brothers Grimm, Aschenputtel. There have been countless film, television and stage adaptations of the iconic story, but the most well-known […]

Kevin Kline, Maggie Smith and Kristin Scott Thomas star in this witty and heartfelt drama about surprising inheritances and unexpected connections. When Mathias Gold (Kline) arrives at the sumptuous Parisian apartment he inherited from his father, he’s surprised that the property comes with two stubborn live-in tenants who are not required to leave according to […]

Hulu and Showtime have announced that they are partnering in order to launch Showtime streaming service through Hulu in early July. The new Showtime add-on will be free for the first 30 days, and then $8.99 thereafter on top of the $7.99 Hulu subscription. Hulu will make Showtime available for purchase prior to the highly-anticipated […] 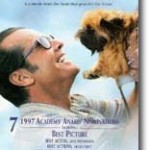 For all of its conventional plotting about an obsessive-compulsive curmudgeon, Melvin Udall (Jack Nicholson) who improves his personality at the urging of his gay neighbor Simon (Greg Kinnear) and a waitress Carol (Helen Hunt) who inspires his best behavior, this is one of the sharpest Hollywood comedies. Nicholson could play his role in his sleep, […]