Roger Ebert has been writing film reviews for the Chicago Sun-Times for over forty years. In fact, no critic alive has reviewed more movies than he has. Yet his essential writings have never been collected in a single volume—until now. With Roger Ebert’s Book of Film: From Tolstoy to Tarantino, the Finest Writing From a […] 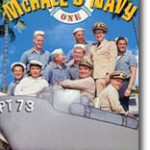 Something of a cross between M*A*S*H* (it’s set in wartime) and Sgt. Bilko (the emphasis in on ensemble acting, with a ringleader and his band of merry pranksters), McHale’s Navy isn’t on a level with those two immortal sit-coms. From 1962 to 1966, McHale’s Navy was the ABC networks must-see comedy series, remaining second only […]

In 1985, awkward and shy 16-year-old high-schooler Ted Stroehmann (Ben Stiller) lands a prom date with his dream girl Mary Jensen (Cameron Diaz), only to have it cut short by a painful and embarrassing zipper accident. After the ordeal garners the attention of numerous members of the household and community, Ted is finally carted off […] 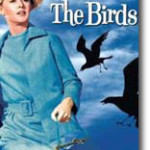 Vacationing in northern California, Alfred Hitchcock was struck by a story in a Santa Cruz newspaper: “Seabird Invasion Hits Coastal Homes.” From this peculiar incident, and his memory of a short story by Daphne du Maurier, the master of suspense created one of his strangest and most terrifying films. The Birds follows a chic blonde, […]