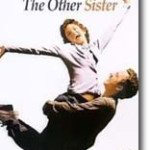 Filming a love story centered on two mentally challenged people is a touching idea, one that’s been attempted in films such as Benny and Joon and even, to a certain extent, As Good As It Gets.The Other Sister is another addition to the genre, a well- acted comedy-drama centering on the romance of Carla (Juliette […]

121-year-old Jack Crabb (Dustin Hoffman) recounts his colorful life story to a curious historian (William Hickey). Among other things, Crabb had been a captive of the Cheyenne, a gunslinger, an associate of Wild Bill Hickok (Jeff Corey), and a scout for General George Armstrong Custer (Richard Mulligan). Jack and his older sister Caroline (Carole Androsky) […] 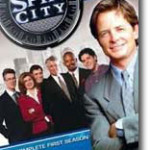 1. Slumdog Millionaire – As 18-year-old Jamal Malik (Dev Patel) answers questions on the Indian version of “Who Wants to Be a Millionaire,” flashbacks show how he got there. Part of a stable of young thieves after their mother dies, Jamal and his brother, Salim, survive on the streets of Mumbai. Salim finds the life […]