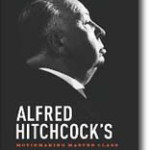 Alfred Hitchcock is one of the most revered filmmakers of the 20th century. Not only was he the “Master of Suspense,” he was also an innovator of storyboarding, directing, framing, editing, and marketing. Hitchcock regularly engaged with his audiences and gave lectures at film institutes, universities, and film schools across the country. Now in this […] 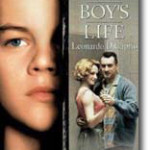 Robert De Niro gets top billing as Dwight Hansen, and young Leonardo DiCaprio is a revelation as Tobias ‘Toby’ Wolff. This Boy’s Life is an astute, often painful drama of growing up in the 1950s Pacific Northwest, based on the autobiographical novel by Tobias Woolf.Tobias, a good kid with a bad boy streak but an […]

So many years after Star Wars: A New Hope burst upon the world in 1977, why is The Force still with us? Why do the Star Wars movies continue to haunt the imaginations of young and old alike? In the Journey of Luke Skywalker, Steven Galipeau applied depth psychology to the Star Wars epic, uncovering […]