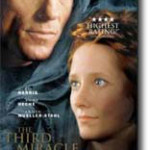 Ed Harris and Anne Heche star in Agnieszka Holland’s provocative mystery that explores the spiritual phenomenon behind miracles, and the doubts and desires of a priest who has lost his faith. Father Frank Shore is a church-appointed spiritual detective whose job it is to investigate claims of miracles. An investigation leads him to a woman […] 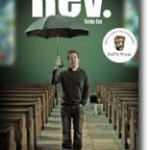 Rev. is a BBC series that the British television network describes, simply, as: “A sitcom about a vicar running a modern inner-city church, with a reluctant wife and a depleted, motley congregation.” But it’s so much more than that. The series, which premiered in 2010, revolves around the Rev. Adam Smallbone (Tom Hollander), a Church […]

Set in 1630 New England, first time director Robert Eggers launches his debut with this unusual, creepy witch-based “folktale.” Constructed from his own script, the story opens with William (Ralph Ineson) and Katherine (Kate Dickie) standing before the leaders of the settlement/plantation where they have freshly landed from England. There appears to be some disagreement […]

Roman military tribune Clavius (Joseph Fiennes) remains set in his ways after serving 25 years in the army. He arrives at a crossroad when he’s tasked to investigate the mystery of what happened to Jesus (Cliff Curtis) following the Crucifixion. Accompanied by trusted aide Lucius (Tom Felton), his quest to disprove rumors of a risen […]