A look at tightrope walker Philippe Petit’s daring, but illegal, high-wire routine performed between New York City’s World Trade Center’s twin towers in 1974, what some consider, “the artistic crime of the century.” The title of the movie is taken from the police report that led to the arrest (and later release) of Petit, whose […] 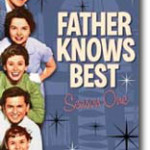 It’s telling that this family favorite began on radio as Father Knows Best? When the show came to CBS in 1954, the question mark disappeared. Contrary to popular opinion, however, Springfield, Ohio, insurance agent Jim Anderson (Robert Young) doesn’t have all the answers.He and his wife, Margaret (Jane Wyatt), come close, though. Were the show […]

Will Hunting (Matt Damon) is a 20-year-old  from South Boston who is a genius who works as a janitor at the Massachusetts Institute of Technology (MIT). He spends his free time with his friends Chuckie Sullivan (Ben Affleck), Billy McBride (Cole Hauser), and Morgan O’Mally (Casey Affleck).When MIT Professor Gerald Lambeau (Stellan Skarsgard) posts a […]

Psychoanalysis and Cinema: The Play of Shadows examines the long and uneven history of developments in modern art, science, and technology that brought pychoanalysis and the cinema together towards the end of the nineteenth century. She explores the subsequent encounters between the two: the seductions of psychoanalysis and cinema as converging, though distinct, ways of […]