Born in 1930 and raised on a sharecropping plantation in Northern Florida, Ray Charles Robinson (C.J. Sanders, Jamie Foxx) went blind at the age of seven, shortly after witnessing his younger brother (Terrone Bell) drown. Inspired by a fiercely independent mother (Kerry Washington) who insisted he make his own way in the world, Charles found […]

As a devoted videophile, I am always checking out new video enhancement tools. The Darbee Darblet is a new plug and play accessory to enhance your HDMI video entertainment. Darbee Visual Presence (DVP) technology establishes a fundamental breakthrough for image realism. By embedding 2D and 3D pictures with depth information, a new visual experience is […]

Although they are a devoted couple, empty nesters Kay and Arnold Soames (Meryl Streep and Tommy Lee Jones) need some help to put the passion back in their marriage. Ever since Arnold had surgery many moons ago, they have slept in separate rooms, giving up any chance of intimacy or physical affection. One day Kay […] 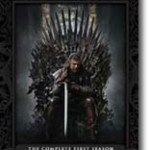 Game of Thrones, the first book in author George R.R. Martin’s sprawling fantasy saga A Song of Fire and Ice, serves as the basis for this brawny, lusty series about courtly intrigue and civil war in a sprawling fantasy kingdom. TV and fantasy veteran Sean Bean  leads the massive cast as the warrior-noble Eddard Stark, […]